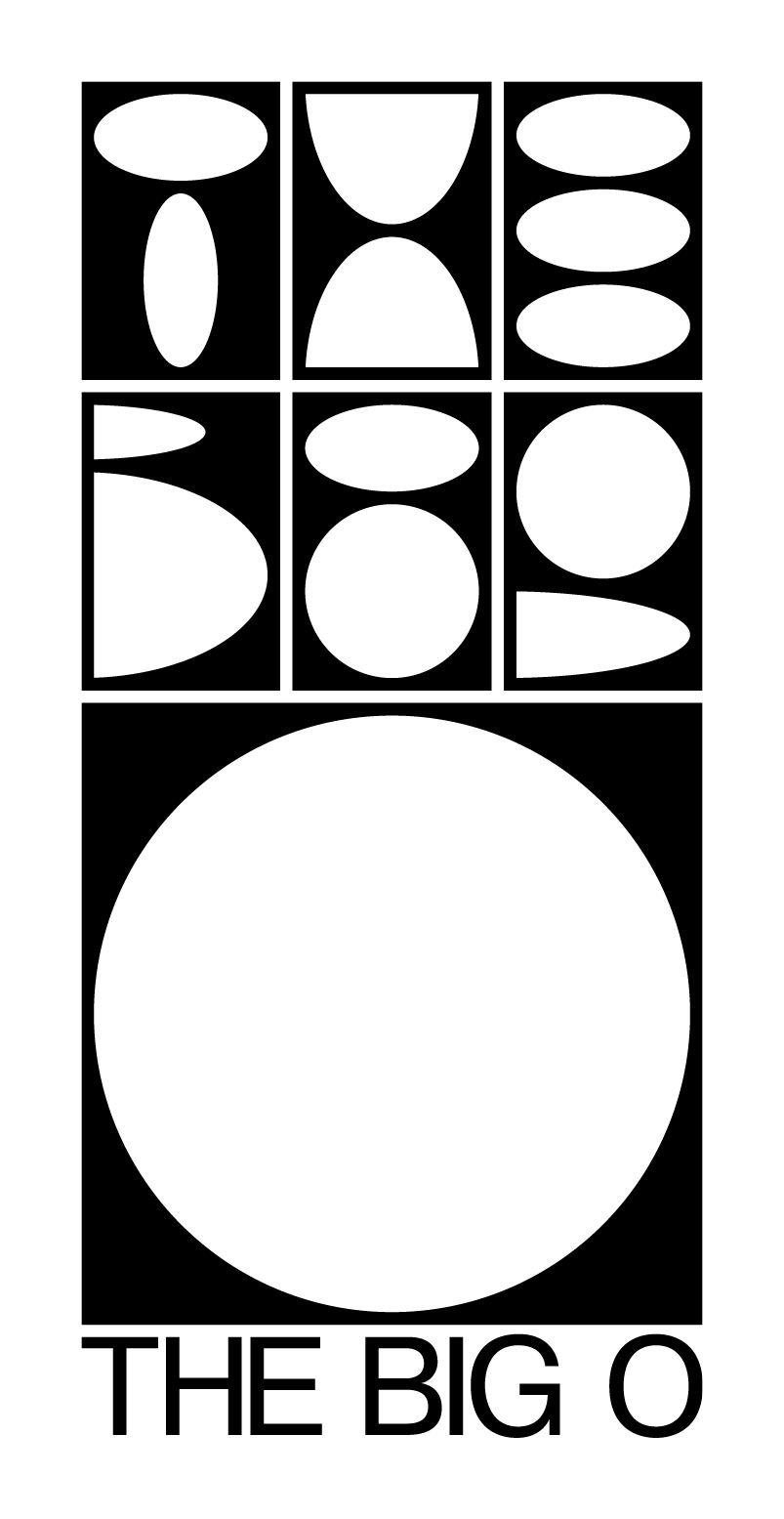 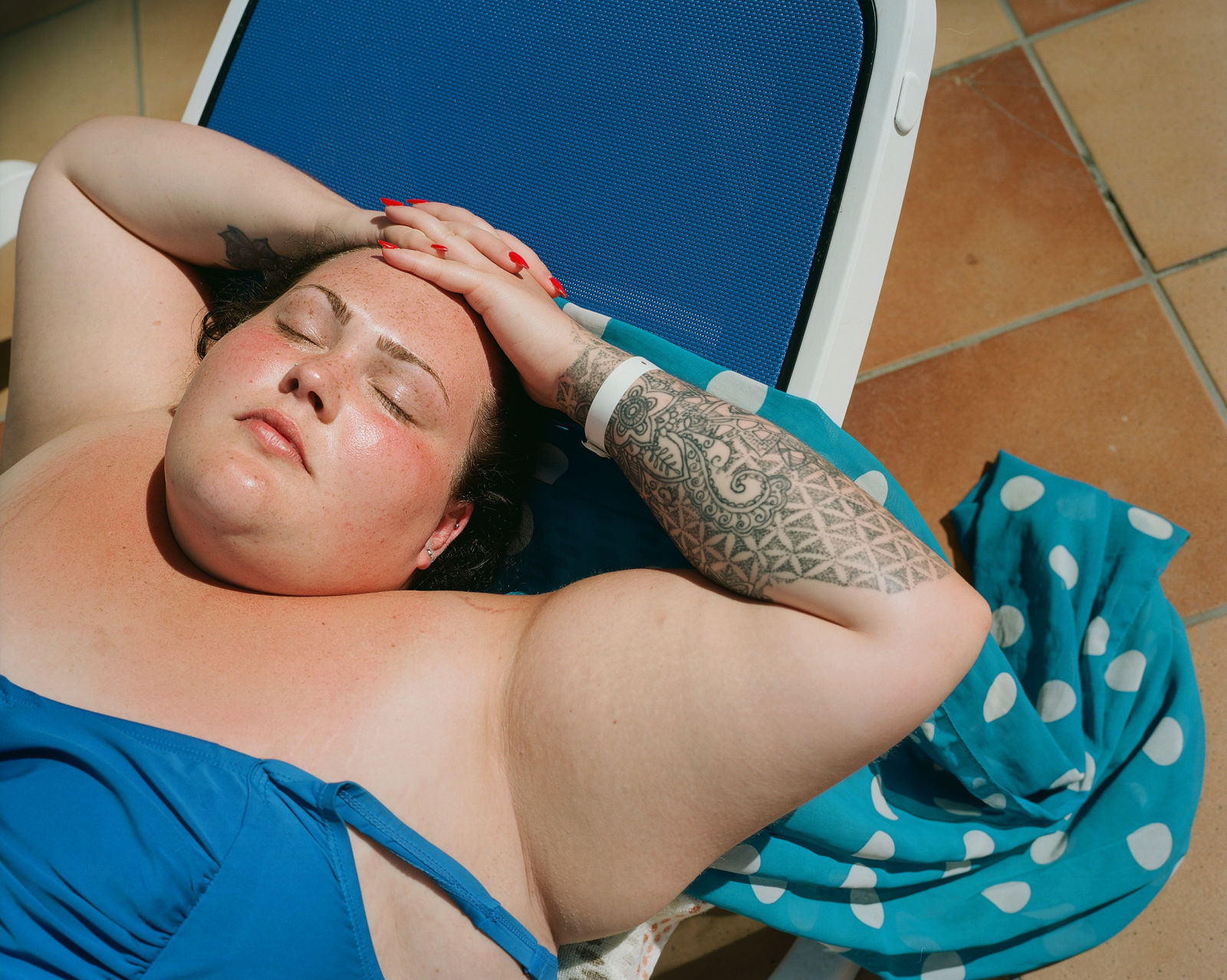 GOING LARGE ON THE COSTA DEL SOL
A week on holiday with Shannon and her best friend Briana in Spain.
Photography and text by Abbie Trayler-Smith
At this point in time I have known Shannon for over eight years. In 2010, I set out to look at the children behind the obesity statistics in the UK where one in three children are classified as overweight or obese, and I found Shannon, who shows us so much more. I have watched her grow up and I have photographed her, mainly at home with her family, capturing key moments of her life.

Shannon and Brianna are best friends. They’ve known each other for years. I first met Brianna beside a hospital bed after Shannon’s gastric-balloon surgery, but Shannon tells me it was at prom. This is what has become their annual girls’ holiday and I am honoured to be allowed to join and photograph the whole shebang.

For Shannon, it is a celebration, as on return she will start her new job as support worker in the hospital. She has lost weight and feels confident in herself. Earlier in the year her first ever boyfriend re-contacted her through Facebook and after chatting for a couple of weeks they soon fell in love again. This time it seems serious. So this holiday takes on a poignancy as it may well be the last she takes with Brianna for some time. 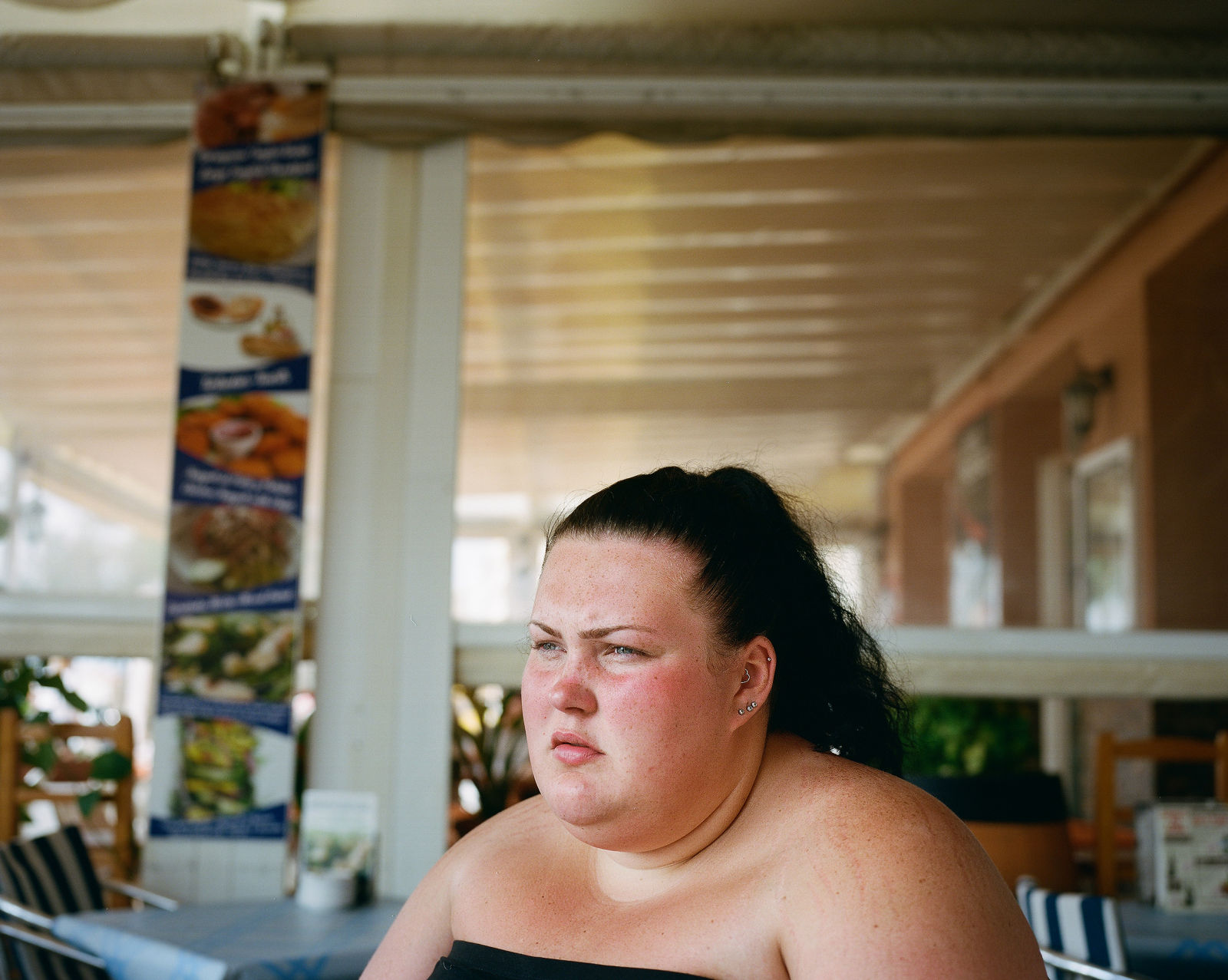 Going large on the Costa del Sol with Shannon was about meeting her as an equal, woman to woman. I was no longer just the photographer and her the subject; the boundaries had now blurred into something more.

As a fat teenager myself, I wrote a list: Reasons to Lose Weight. Among a list of 20, number 4 was: “To stun the whole of Corfu”. To be on holiday with Shannon after all these years is liberating; to see her relaxed in her own body leaves me envious. She is happy in this moment. 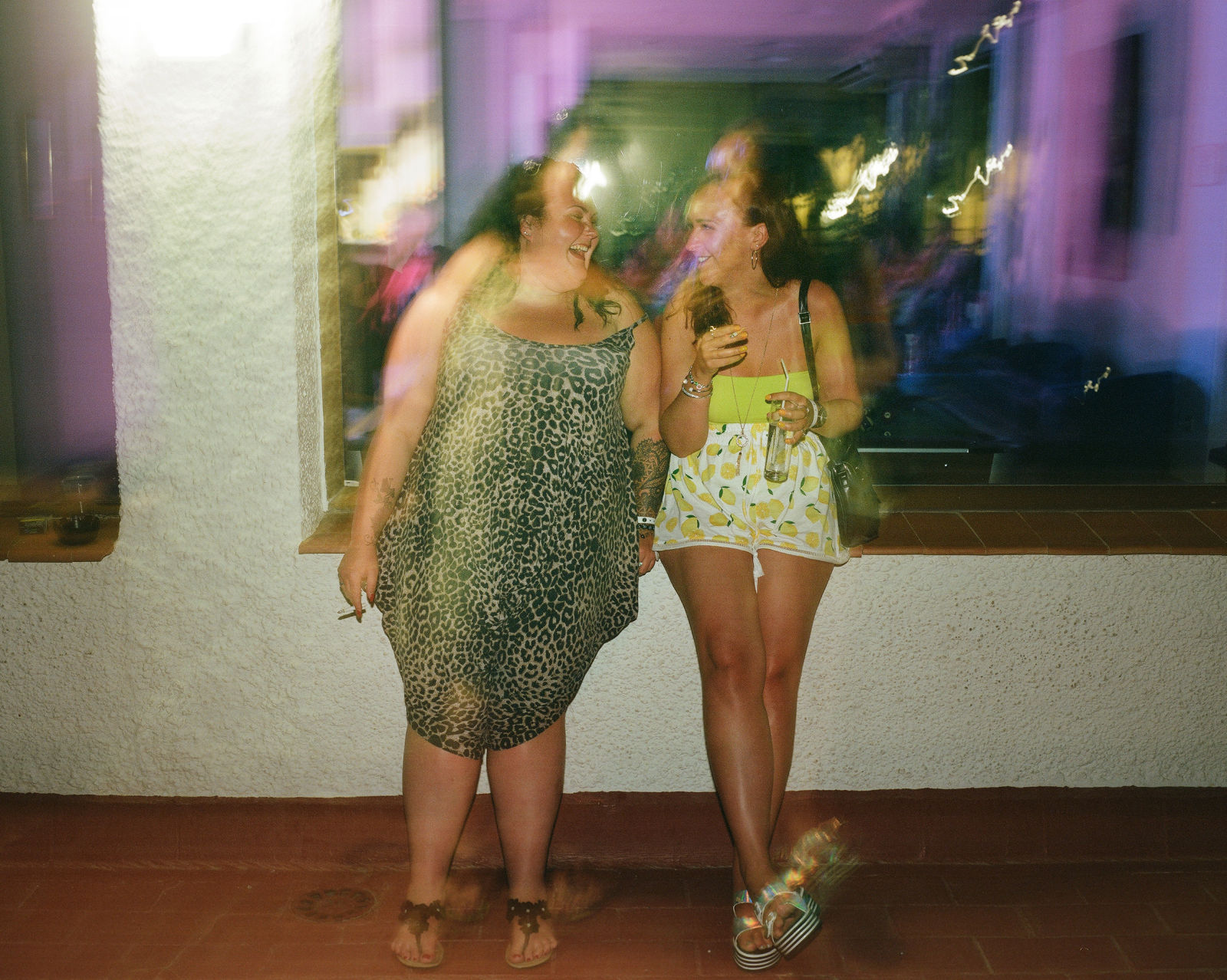 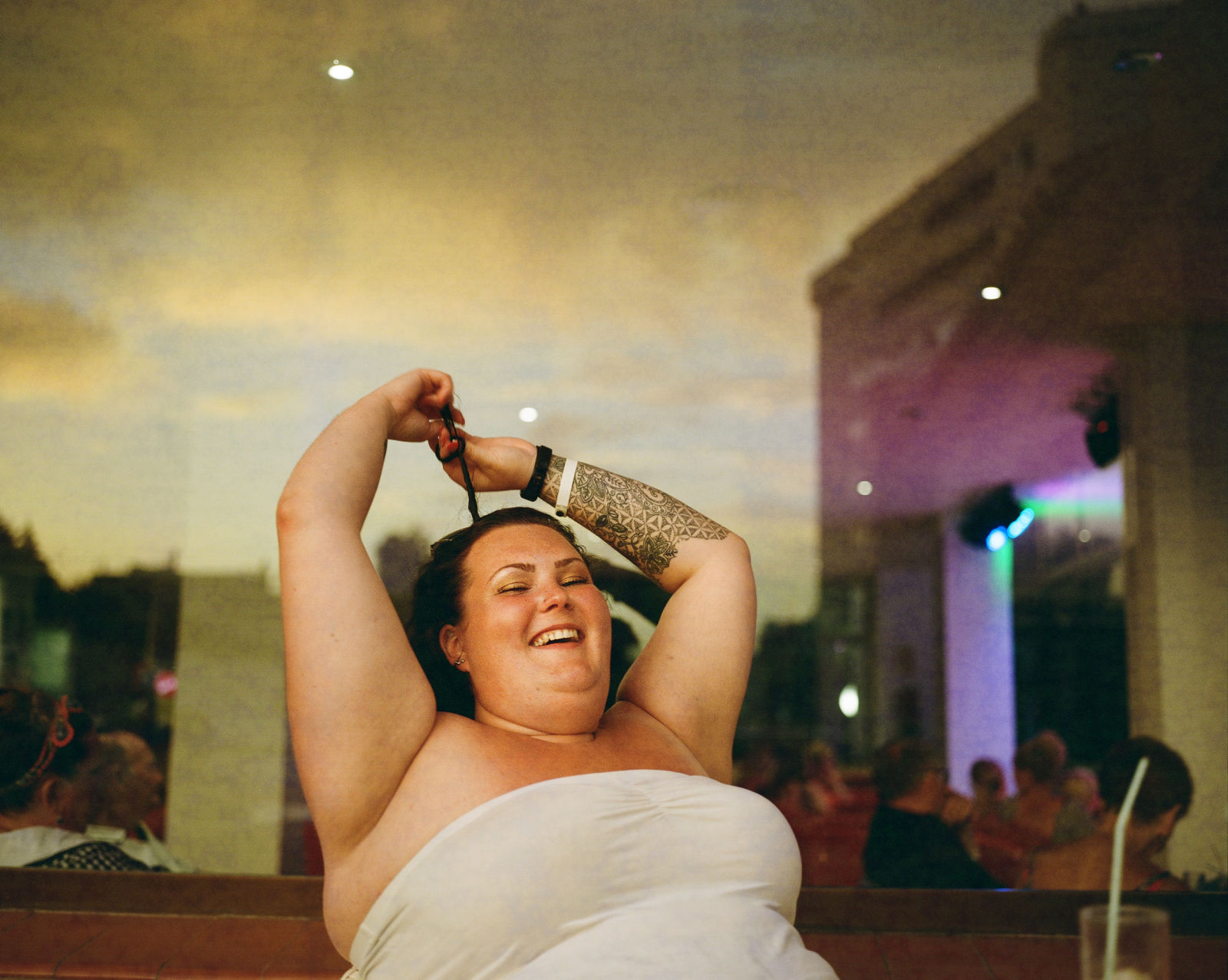